I am always impressed at the remarkable level of camouflage that can be exhibited by marine organisms. These photos show a few of the masters. These were photographed during a recent dive at Isla San Pedro Nolasco, near San Carlos.

This first image is of a snail that proved incredibly elusive for me. I looked for this beautiful parasite on and off for over a year! It wasn’t until I brought along a flashlight that I was able to see it against the backdrop of its coral home/prey.

The snail is Epitonium billeeanum, a relative of whelks. It spends its entire life living among colonies of the sun coral, Tubastraea coccinea, where it passes its days slowly consuming the colonies and laying copious masses of eggs (the yellow clump over the snail). These in turn will hatch on a ready-made feast for these tiny snails.

Relying on exquisite camouflage and a nice array of venomous dorsal spines, the stone scorpionfish, Scorpaena mystes is reluctant to move when divers approach. 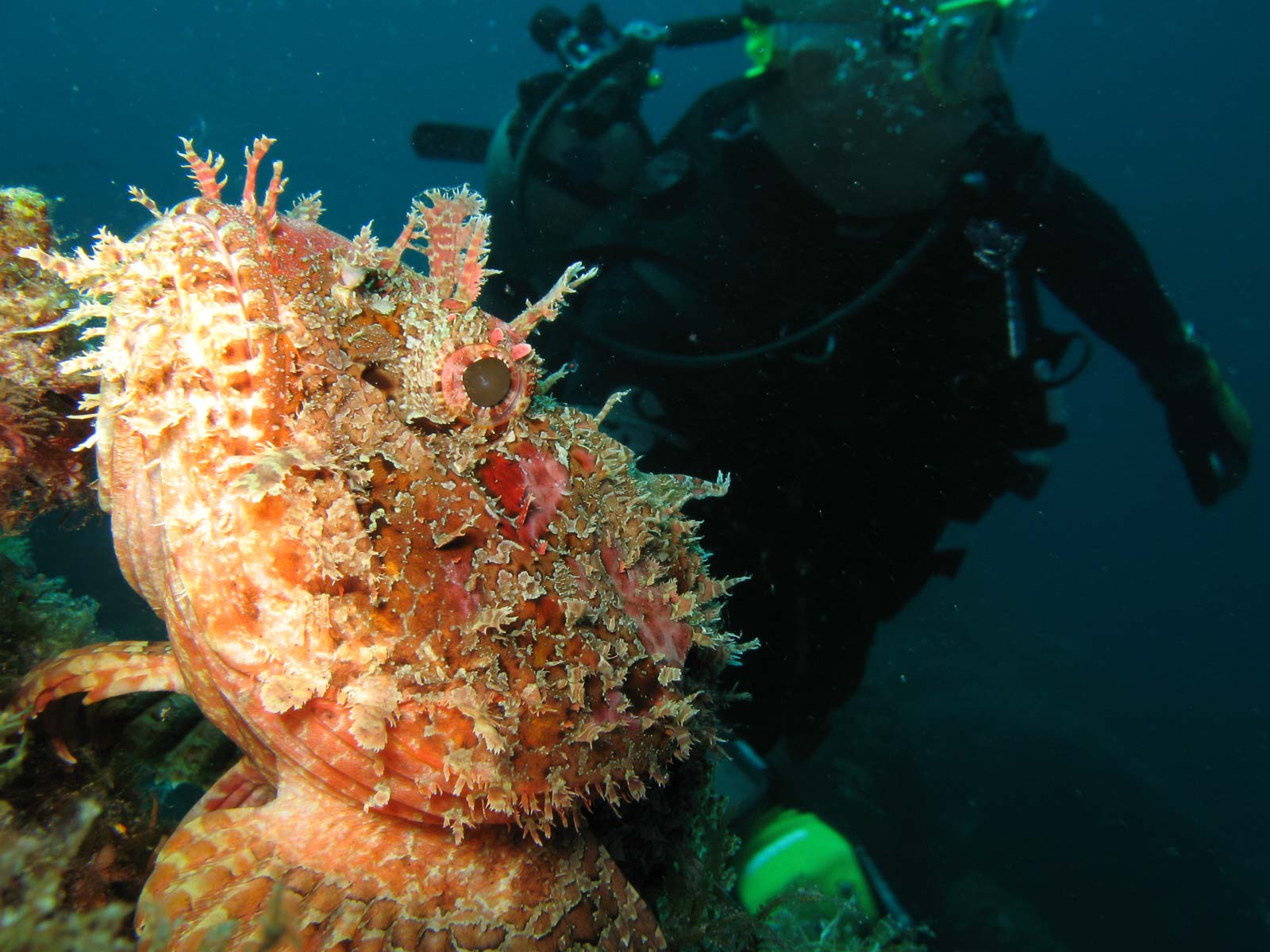 I’ve been stung three times by these fish – once during an underwater rescue when I placed my hand on a fish to get some leverage – thinking it was a rock. The other 2 envenomations occurred while handling these fish in my lab. Their toxin is very good at lowering blood pressure. In my case they were a little too good. The third sting required a long series of injections to keep my heart rate up.

Silhouetted against the water, scorpionfish are easy to see, but against the backdrop of the seafloor, it’s easy to see how they might be mistaken for a rock.